Is it possible to add the Ultraloq Bolt Pro as an integration to Home Assistant, and if so, how?

I don’t know of a way to integrate it via Bluetooth or WiFi, but if you purchase the new Z-Wave version, you can integrate it using the standard Z-Wave JS Home Assistant integration. You’ll still need a Z-Wave hub, or Z-Wave gateway device (I use a USB based controller plugged into the back of my Home Assistant machine) but the actual pairing and integration process is painless. Once integrated, I could lock and unlock from Home Assistant easily, get lock status, as well as get battery level information. Unfortunately, that’s about all you get with the Z-Wave interface today, but there is an excellent feature request suggesting a more robust Z-Wave feature set that should be directly applicable to Home Assistant. Ideally, I’d like to get door sensor status, as well as usage reports from the lock denoting who last used the lock (and when) and with what method of lock/unlock.

In a perfect world, I would really like to see an officially supported Home Assistant Integration as August Smart Locks have. I’ve tested August’s Smart Lock integration into Home assistant, and it’s interface is excellent. It provides everything I suggested above. However, I still purchased the Ultraloq U-Bolt Pro because I think the hardware quality is exponentially better than August, and I dislike that the August integration requires cloud access. In a perfect world, U-tec would have the same level of integration into Home Assistant as August, but using a local interface of some kind (Wi-Fi, Z-Wave or Zigbee.)

EDIT: After making this response, I figured I should probably just create an official feature request for a good home assistant integration. You can find it here if you’d like to support it.

I would also like to see this, or at least a secure API. I currently built my integration through IFTTT but that has a 10+ second latency and is NOT secure. I do not want to expose the ability to unlock my doors through a simple webhook without authentication.

Home Assistant or an API to allow people to interface with the product will enable the product to be adopted into the Home Automation customer base, which is your prime focus market.

Yeah, I was a bit surprised not to even see an integration in HACS, then noticed there isn’t an OpenAPI. I ended up integrating into HA via SmartThings. It works but too many hops.

Josue, can you share the steps for integrating into HA via SmartThings? Is it possible to do without a SmartThings Hub?

Yes, the Hub is required. This lock is the last thing I need the SmartThings Hub for. I want to rip it out. If you have the Hub then there is a Native integration in HA for ST. You just need to create a personal access token and share the permissions/devices.

I am using a Hubitat C7 hub and have a similar request. Right now I can only do basic lock/unlock functions. I wish U-Tec would work with Hubitat, Home Assistant, etc., to allow them to have the lock report who opened the lock, how and from which side. (Though if it was “manual” I guess that meant it had to be from the inside, assuming they could tell the difference if someone used their key).

With that I would do a whole bunch of automations depending on who opened it and when.

I have the same request. I got Zwave to do remote management but Hubitat says the u-tec are only providing limited details via Zwave and they need to get the same data as bluetooth.

I’d also bet anything it is on U-Bolt’s side. They should have been much more upfront with the fact that they were only providing locked/unlocked info to Z-Wave hub sellers/developers. I can’t believe they won’t even share the door sensor info.

Once word gets out I suspect the sales of the Z-Wave version will really plummet. (And then blame lack of sales for not supporting it further - a classic Catch 22). They are only hurting themselves by holding this info back from responsible hub manufacturers like Hubitat.

Oh well. Wouldn’t be the first time a company shot themselves in the foot. 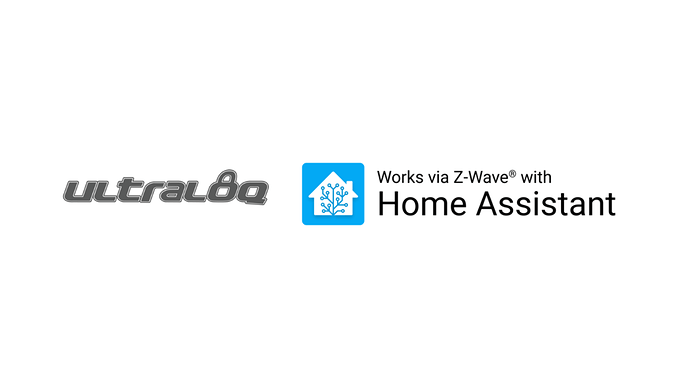 I know that there is now limited Z-wave support in HomeAssistant. Is there any plans to support Home Assistant with the WiFi or WiFi bridge models? Even the same limited feature list as the current zwave implementation would be appreciated.

I am currently using the Ultraloq wifi with smart things, no hub, and have it connected into HA using the standard smart things integration. I can lock and unlock and I can see whether the door is locked or not. It also gives me the battery level. I tried doing this with Alexa (slow to lock and unlock and couldn’t get state updated into HA despite trying input booleans, scripts and template switches which Alexa could see), Google home (won’t trigger a routine using door is unlocked, only locked, so can’t update state, and can’t lock anyway as needs a pin code after a challenge) and IFTTT (so slow as to be completely pointless).